Posted on November 27, 2019 by timelordwatchmaker 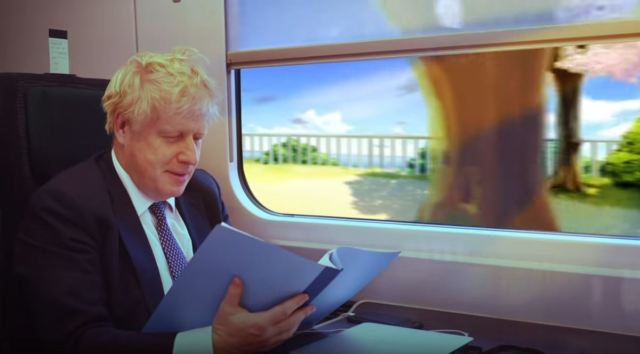 We’re now close enough to the 2019 general election to forecast its outcome and assess its implications.

From first principles it’s necessary to take a step back and consider the past few years’ strangeness. Gazing at the long 132 year sweep of UK general elections and their outcomes since the rollout of universal male suffrage in 1885, we see that first-past-the-post’s (FPTP) ‘equilibrium state’ is majority government – 74 per cent likely in any given election and prone every five years. So far so reasonable. But drilling into the likelihood of these majorities by size we note something interesting – it’s not just that FPTP favours majority government, it favours strong majority government with every other election since 1885 (46 per cent chance) delivering in excess of 350 seats for the victor every eight years on average. Either side, weak majority government (325-50 seats) and exceptionally strong majority government (>400 seats), rank less likely – at 29 and 17 per cent, occurring every 13 and 22 years, respectively. 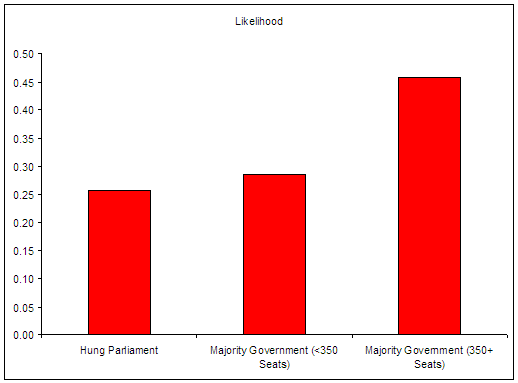 This strongly implies, combined with 14 years having elapsed since a party last won in excess of 350 seats, an eight year occurrence on average, that we are due mean reversion and a return to the normality of strong majority government. In 2019’s context that means a Conservative majority of 50 or more, an achievement for which one has to search back 32 years and 1987 to match for that party, another hint that we’ve undergone a long period of Conservative abeyance soon to end. On the upper end a majority surpassing 150, while an outside possibility at 17 per cent that’d further untether the 2010s from political normalcy, would only arrive moderately early than the 22 year average with the last instance of a majority this scale being 2001.

Additional factors that augur well for the Conservatives are Boris Johnson’s enormous popularity advantage over Jeremy Corbyn, a situation much improved on 2017 when the latter confronted Theresa May, the salience of Brexit for which they have a tangible solution (a majority to pass a deal already agreed than to be agreed), a reasonably strong economy with rising real wages and subdued unemployment, and the lesser divide separating Leavers, represented by the Conservative and Brexit parties, than Remainers, represented by Labour and the Liberal Democrats. Regional polling points to additional Conservative advantages. In the South West, the Liberal Democrats aren’t posing a threat, but are in London – to Labour’s detriment on balance. In the North East, the Brexit Party is similarly presenting a greater danger to Labour, defying two-bit analysis the party can only hurt, rather than assist, the Conservatives – a political wrecking ball at seat level that will knock sizeable holes through Labour’s Red Wall.

Weighing against the Conservatives is success itself – the nine years the party has been in power on its own or in coalition, but while dampening the Conservatives’ likely majority,  it is unlikely to erode it altogether. Indeed, to the extent we talk of a pendulum swinging to and then away from the main parties over elections, we must consider the severity of the 1997 and 2001 Conservative defeats – at such a low ebb was the party after these two elections, it is arguable that the pendulum hasn’t yet swung back far enough to compensate and that it will complete its swing out into maximum Conservative territory in 2019. After all, had Labour retained a mere 10 extra seats from the Conservatives in 2010, they instead could have constructed a majority coalition government with the Liberal Democrats. So perhaps, as far as the pendulum is concerned, we are only really four years in from a truly decisive switch from one party to another – from 2015 when the Conservatives secured their first majority in 23 years.

So what does the best Conservative result since 1987 mean? First, Brexit’s conclusion – Johnson’s amended Withdrawal Agreement will sail through parliament and Britain will be out on 31 January, 2020. The transition period may well be extended beyond that year as a UK-EU free trade agreement is settled, but the twin labels of ‘Leaver’ and ‘Remainer’ will be ripped off the body politic for there will be nothing to leave nor remain in. Remainers will have to undergo ugly transformation into ‘Rejoiners’, a difficult proposition since it’ll mean re-entry on terms worse than those we left – no euro nor Schengen opt-out, no rebate, no much else at all really – prime subject matter for a fringe Liberal Democrat obsession.

Second, Corbyn’s demise as Labour leader – with Johnson triumphant and Corbyn responsible for a seat tally on a par with or worse than Michael Foot’s in 1983, the unnatural and unexpected leader, rejected a second time at the ballot box and having had four years in the spotlight, will make way for someone else. Whomever they may be, in the left wing Corbynista mould or not, they shall have steeper climb hauling themselves out of their party’s electoral mire, leaving them ill-placed to win in 2024, vacating the political arena for the Conservatives to govern throughout almost all of the 2020s.

I shall post a final seat prediction on the eve of the vote itself. 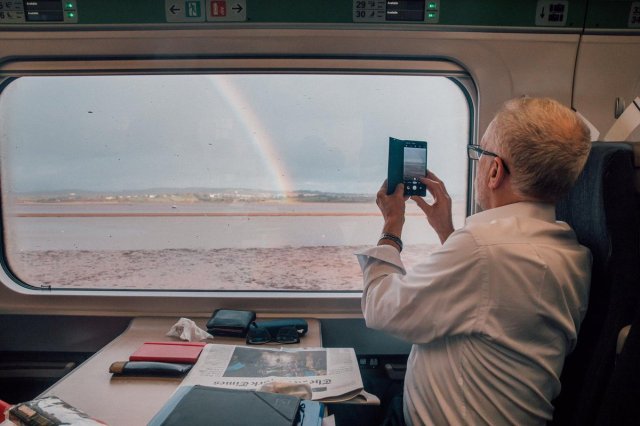 No rainbow coalition on the horizon for Corbyn.